Stefan Constantinescu received on Monday, November 13, the Quinquennial Prize for Basic Medical Sciences from Mrs. Maggie De Block, Minister of Social Affairs and Public Health, for his work on the pathophysiology of myeloproliferative syndromes published during the period 2011-2015. The term "myeloproliferative syndrome" is used when the bone marrow produces too much red blood cells, white blood cells or platelets. "(Stefan Constantinescu) has deciphered the molecular immune mechanisms of these blood cancers, which mainly affect an elderly population. The work is of an incredibly high scientific level," commented the Belgian Royal Academy of Medicine.

The group of Stefan Constantinescu studies the mechanisms by which small proteins denoted as cytokines induce survival, proliferation and differentiation of blood progenitors. The group has defined structural requirements for the normal function of receptors for cytokines, which are transmembrane proteins, and downstream enzymes that transmit the signal which belong to the family of Janus kinases. The main receptors studied were receptors for erythropoietin (EpoR) and thrombopoietin, (TpoR), which regulate production of red blood cells (that transport oxygen to tissues) and platelets (that are involved in blood coagulation and protect against bleeding).

The group has contributed in 2005-2006 to the discovery of activating mutations that are causative for a group of blood cancers called myeloproliferative neoplasms. In the period of 2011-2015 several major advancements have been made by the group on understanding the mechanisms by which the V617F mutation in the pseudokinase domain of JAK2 activates the kinase domain of JAK2. A novel circuit of activation was identified that offers the possibility to seek mutation specific inhibitors. The group also elucidated how the loss of tryptophan 515 in TpoR leads to oncogenic activation of TpoR. A novel role for tryptophan was revealed in maintaining transmembrane proteins in an inactive state by preventing transmembrane domain dimerization. In the same time the group contributed to the discovery that calreticulin mutants that are associated with Essential Thrombocythemia and Myelofibrosis are binding to the extracellular domain of TpoR leading to its activation in the secretory pathway and at the surface. Overall the work of the group defined that pathologic activation of JAK2 and STAT5 leads to myeloproliferative neoplasms. Finally, the group discovered that in the progression of myeloproliferative neoplasms to more severe disease, secondary acute leukemia, there is pathologic interaction between constitutively active STAT5 and p53 mutants, pointing to a major role of STAT5 signaling in progression.

The quinquennial prizes have been awarded since 1859 by a joint jury between the Royal Dutch- and French-speaking Academies of Medicine of Belgium. Intended for Belgian-born or naturalized researchers, they reward works marking a real scientific progress in the field of basic medical sciences, or in the field of clinical or applied sciences.

For the Flemish region, the microbiologist Herman Goossens was awarded the "Clinical or Applied Science" prize for his work on the development of standards and instruments for the control of infectious epidemic and pandemic dangerous diseases in Europe, with special attention to antibiotic resistance. 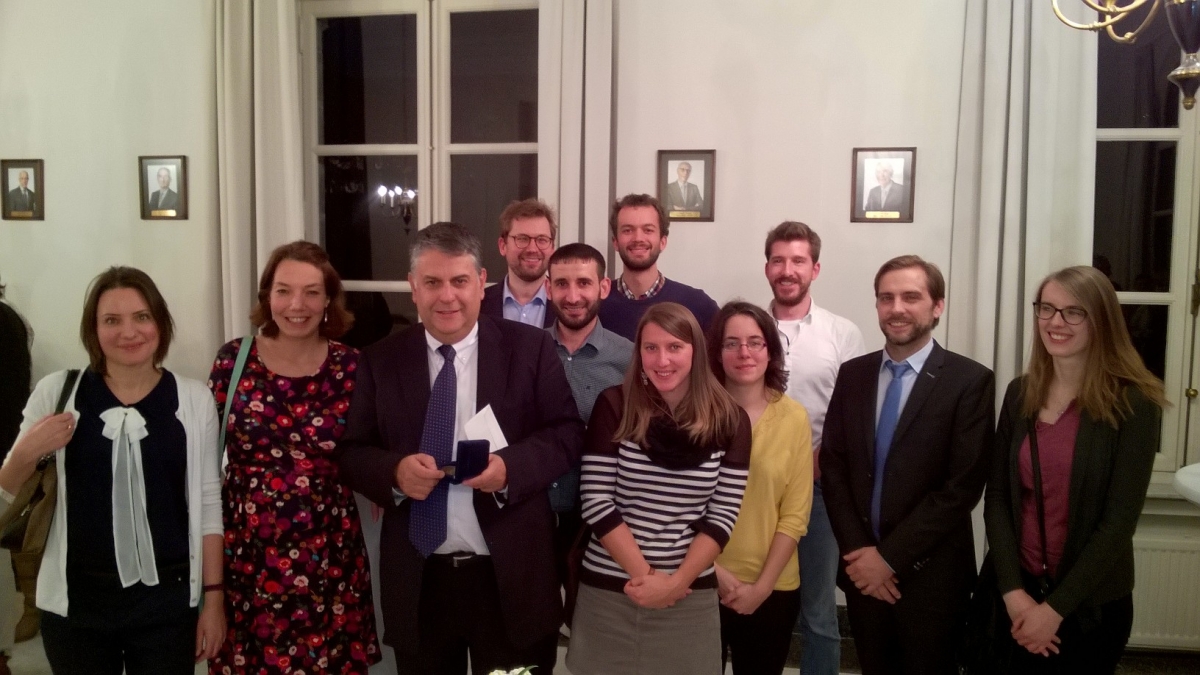