We identify genes that control differentiation of liver and pancreatic cells in the embryo. We then unravel how dysfunction of these genes in adults causes disease.

The form and function of cells differ from one organ to the other. The acquisition of organ-specific properties of cells is called "cell differentiation" and this process mainly occurs during embryonic development. Using transgenic mouse models and human tissue samples we have identified genes that are essential for normal differentiation of liver and pancreatic cells. In parallel, we found that dysfunction of these genes in adults is associated with diseases such as liver or pancreas malformation and cancer. 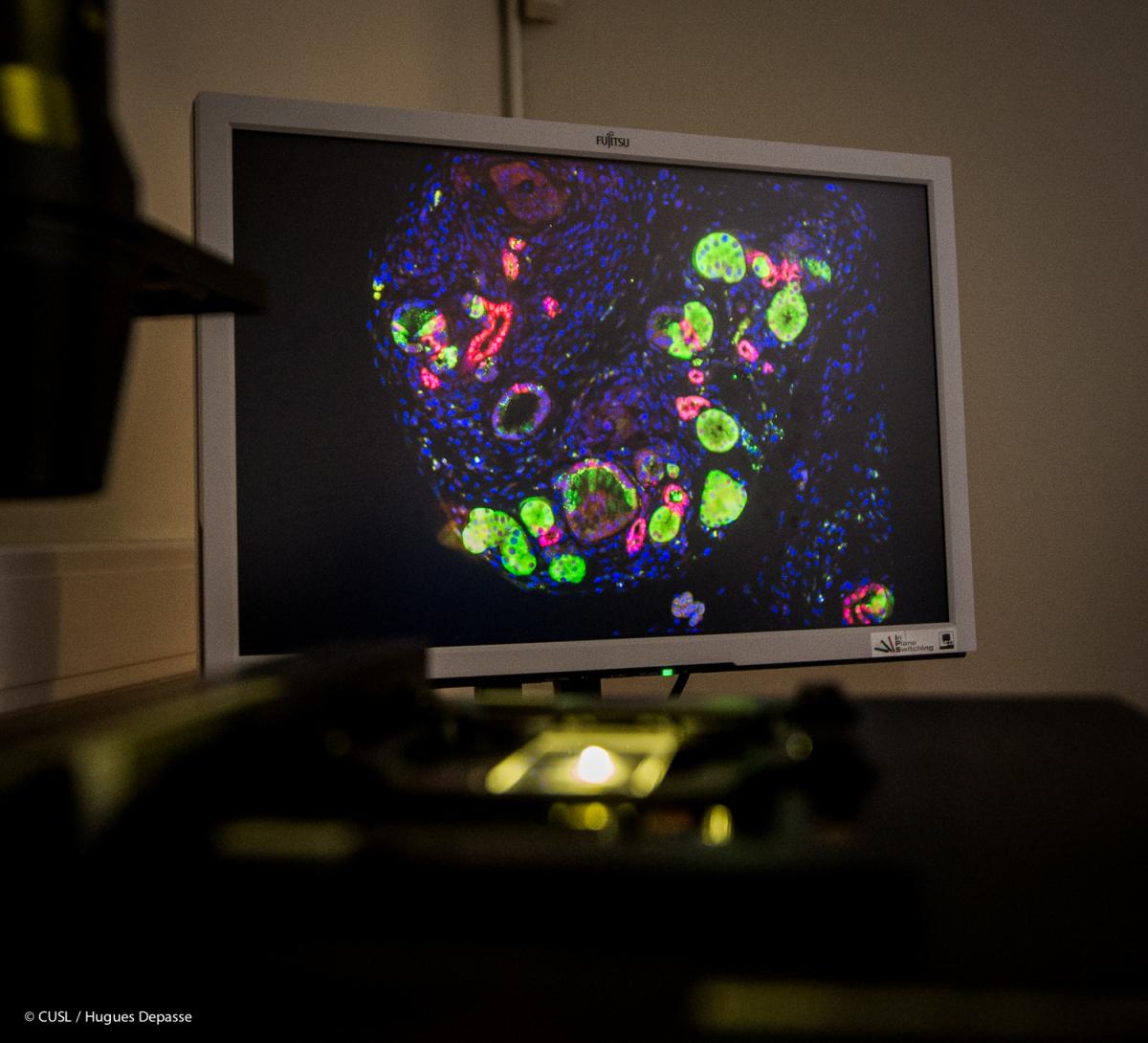 The cells that initially constitute the fetal liver are called hepatoblasts, and these cells progressively give rise to hepatocytes which exert the metabolic functions of adult liver, or to cholangiocytes which form the bile ducts. We have identified genes that determine how a hepatoblast becomes either a hepatocyte or a cholangiocyte, and now investigate how dysfunction of these genes impacts disease. First, in liver cancer, cells change their differentiation status while converting to malignant cells, and we investigate how genes involved in cell differentiation regulate this conversion. Second, a number of metabolic anomalies of the liver are expected to be cured by cell therapy which consists in administering in vitro-produced hepatocytes. We collaborate with scientists to optimize in vitro production of liver cells by contributing our knowledge on liver cell differentiation. 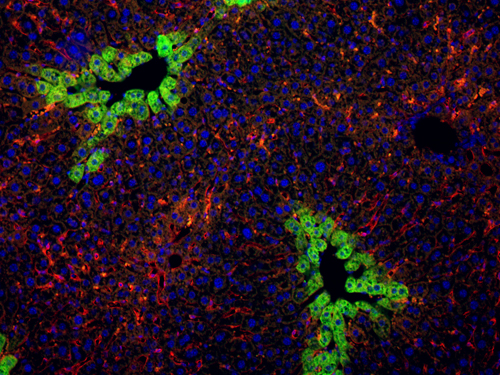 We have also identified genes that are critical for normal differentiation of pancreatic progenitor cells to the main cell types of the pancreas, namely endocrine cells which include insulin-producing cells, acinar cells which secrete digestive enzymes, and ductal cells which delineate the pancreatic ducts. Similar to liver cancer, pancreatic cancer is initiated by changes in the differentiation status of pancreatic cells. We now investigate how genes control such changes and determine which cell types are at the origin of pancreatic cancer. Unraveling how tumors develop in the pancreas and liver is expected to improve early diagnosis of cancer, eventually leading to early and more efficient therapy. 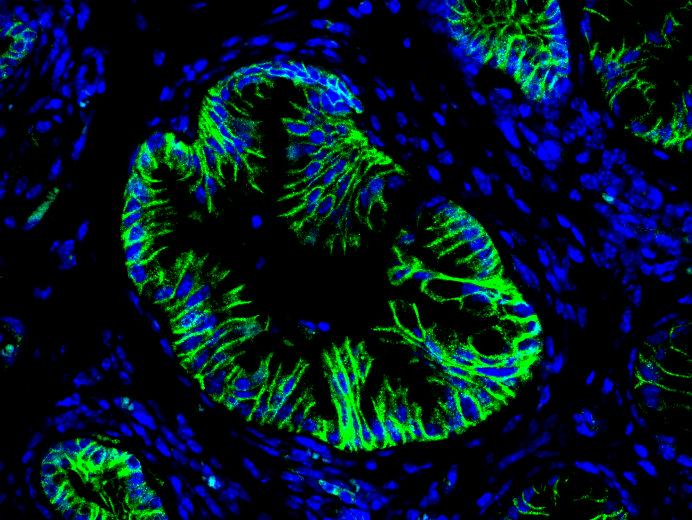 In the embryo, liver progenitor cells (hepatoblasts) derive from the endoderm, the cell layer that delineates the primitive gut. The classical model of liver development predicts that hepatoblasts give rise to hepatocyte precursors, which mature to hepatocytes, and to "ductal plate cells", which generate the cholangiocytes and form bile ducts. Using trangenic mouse models, we have updated the fate map of the hepatic cells in the embryo: the ductal plate cells generate cholangiocytes and bile ducts, but also a subset of hepatocytes, as well as the adult liver stem cells. We now investigate the mechanisms that control acquisition and maintenance of liver cell differentiation in health and disease. 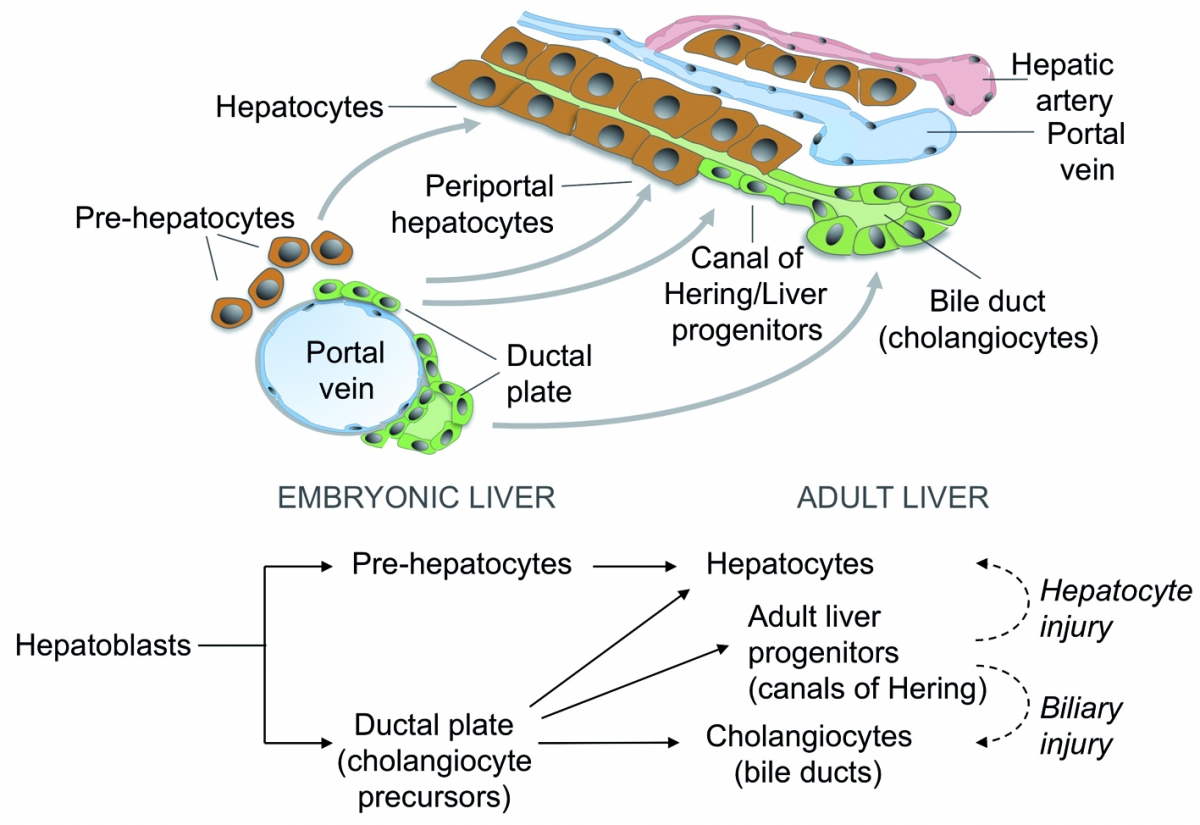 Our discovery of the Onecut transcription factors Onecut-1 (OC-1/HNF-6), OC-2 and OC-3, and the subsequent phenotypic characterization of HNF-6 and OC-2 knockout mice led to the identification of transcriptional and signaling networks regulating liver development. We also found that bile duct development proceeds according to a unique process characterized by transient asymmetry. Current efforts are devoted to the characterization of the mechanisms driving three-dimensional morphogenesis of the bile ducts and hepatocyte cords.

In collaboration with clinical centers, we investigate how the knowledge gained from our fundamental studies can be translated in the understanding of the pathophysiology of human biliary diseases, including cholangiocarcinoma. In this context we specifically focus on molecular mechanisms driving formation of precancerous lesions and their progression towards invasive tumor using experimental models that faithfully recapitulate human tumorigenesis.

Our research on the role of the Onecut transcription factor OC-1/HNF-6 uncovered that this protein is required for development of pancreatic endocrine cells and pancreatic ducts. In the absence of HNF6, endocrine cells fail to develop in the embryo and ducts form cysts. Subsequent research identified transcription-factor microRNA networks in pancreatic cell differentiation; perturbation of these networks causes pancreatic acinar cells to undergo acinar-to-ductal metaplasia, a precursor lesion of pancreatic cancer. Using our extensive expertise in the generation and phenotyping of transgenic mice, we also uncovered that pancreatic duct cells can be at the origin of intraductal papillary mucinous neoplasms, another frequent precursor lesion of pancreatic cancer.

Current work is focused on the role of gene regulatory networks, oncogenes and signaling pathways in development of pancreatic adenocarcinoma. Specfic attention is paid to the mode of action of the Kras oncogene and on the role of primary cilia.

thanks to a discovery by Patrick Jacquemin's team

New insight on the mechanism of pancreatic tumorigenesis

Ciliopathies and inflammation of the pancreas are linked

Recent finding by Patrick Jacquemin and his team

A discovery from the group of P. Jacquemin and F. Lemaigre. 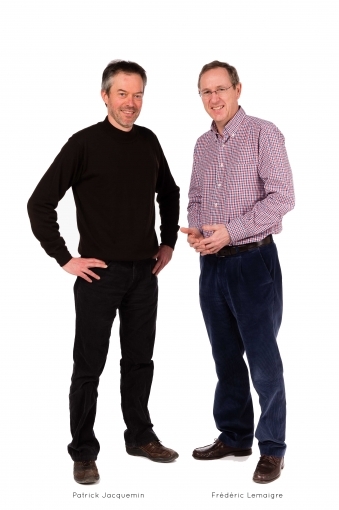 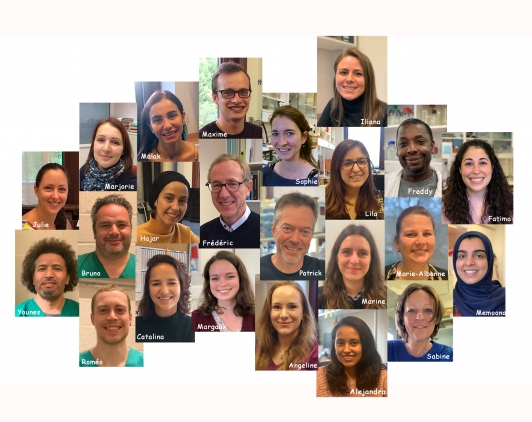 HEPATIC AND PANCREATIC CELL DIFFERENTIATION IN HEALTH AND DISEASE