Epigenetic mechanisms are essential to the establishment and maintenance of proper gene expression patterns in human tissues. It is now clear that these mechanisms are profoundly perturbed in many cancers. The causes and consequences of epigenetic alterations in tumor cells need to be investigated. This could lead to the design of novel epigenetic therapies of cancer.

Maintenance of gene expression programs is essential to ensure proper functioning of the various cell types that make up the body. To this end, cells have evolved “epigenetic“ regulatory mechanisms, based on the addition of chemical modifications on certain genes. Among these, DNA methylation serves to inactivate certain genes.

In many cancers, the distribution of methylation marks is profoundly altered, and there is evidence that this contributes to tumor progression. The causes and consequences of this epigenetic disruption remain however unclear.

Our group discovered that DNA methylation alterations often affect a particular group of genes, which normally display specific expression in germline cells (the cells at the origin of oocytes in females and spermatozoids in males). These genes loose methylation in many tumors, and become therefore aberrantly activated. Due to their particular expression profile, such genes were termed “cancer-germline” (CG).

Our work aims at identifying the mechanisms that lead to loss of methylation and activation of CG genes in tumors. Moreover, we wish to understand how activation of these genes contributes to tumor development. The ultimate goal is to find a way to correct the cellular dysfunctions that result from DNA methylation losses in tumors.

Genomic DNA in multiple species is modified by the addition of a methyl group to cytosines in CpG dinucleotides. This heritable epigenetic modification is associated with transcriptional repression. Cell-type specific DNA methylation patterns are established during embryonic development, and are usually maintained in adult somatic cells.

DNA methylation patterns often become altered in cancer cells. Alterations include hypermethylation of selected promoters, leading to silencing of critical genes such as tumor suppressor genes, and hypomethylation of numerous other DNA sequences. We have shown that genome hypomethylation in tumors results in the activation of a group of germline-specific genes, which use primarily DNA methylation for repression in somatic tissues (De Smet 1999). These genes, which were originally discovered because their activation in tumors leads to the expression of tumor-specific antigens, were named cancer-germline (CG) genes. To date, ~50 CG genes or gene families have been identified. Several of these were isolated in our group (Martelange 2000, Loriot, 2003).

The process leading to hypomethylation of DNA sequences in tumors remains obscure. We undertook to address this issue by using MAGEA1, the founding member of the CG group of genes, as a model. Detailed methylation analyses of the MAGEA1 genomic locus in expressing tumor cells, revealed preferential hypomethylation within the 5’ region of the gene. Furthermore, transfection experiments with in vitro methylated MAGEA1 constructs, indicated that this site-specific hypomethylation relies on a historical event of DNA demethylation, and on the presence of appropriate transcription factors to protect the region against subsequent remethylation (De Smet & Loriot 2010). The factors that are responsible for the initial DNA demethylation process and for maintaining CG gene promoters unmethylated remain to be identified.

Histone modifications have been shown in some cases to dictate DNA methylation states, for instance by regulating access of DNA methyltransferases. We therefore searched to determine if MAGEA1 demethylation and activation in tumor cells is associated with changes in histone marks. Chromatin immunoprecipitation experiments revealed that DNA demethylation and transcriptional activation of MAGEA1 is accompanied by increases in histone H3 acetylation (H3ac) and H3 lysine 4 methylation (H3K4me), and by a decrease in H3 lysine 9 methylation (H3K9me). However, our experiments demonstrate that changes at the histone level within the MAGEA1 promoter are a consequence, not a cause, of DNA demethylation. Consistently, epigenetic drugs that target histone modifications were unable to induce DNA demethylation and stable activation of the MAGEA1 gene. Altogether, these observations confirm that DNA methylation has a dominant role in the epigenetic hierarchy that governs MAGEA1 silencing (Cannuyer 2013).

DNA hypomethylation and activation of CG-type miRNAs in tumors

The role of DNA hypomethylation and CG gene activation on tumor development is only partially understood (De Smet & Loriot 2013). To further explore the impact of DNA hypomethylation on tumorigenesis, we decided to find out if this epigenetic alteration also leads to the activation of CG-type microRNAs (miRNAs). It has indeed become clear that this type of small non-coding RNAs exerts important regulatory functions, by controlling the expression of targeted protein-coding genes at the post-transcriptional level. Dysregulated expression of miRNAs is a hallmark of many cancers, where it appears to contribute to several important steps of tumor development. To identify CG-type miRNAs that would become activated in hypomethylated tumors, we initially conducted an in silico selection of miRNAs displaying specific expression in the germline, and subsequently determined the miRNAs that are susceptible to induction upon treatment with a DNA demethylating agent. This led to the identification of several CG-type miRNAs, which we found to be aberrantly activated in a significant proportion of tumors. Studies aiming at understanding the cellular functions of these miRNAs and their role in tumor development are currently being pursued. 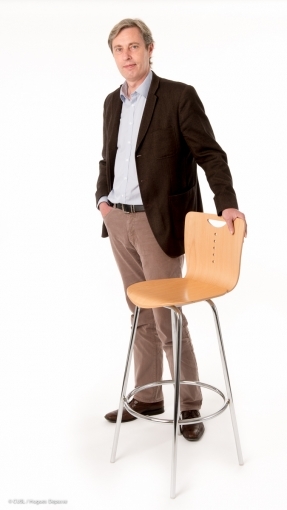