The groups of Prof. M. VIKKULA (Institut de Duve) and Prof. L. BOON (Cliniques universitaires Saint-Luc) have identified a second gene that is mutated in venous malformations (VMs). The first gene, TEK, which the groups earlier discovered to be mutated in venous malformations, explains about 60% of VMs. Thus, the etiology for another 40% of patients has remained unknown. 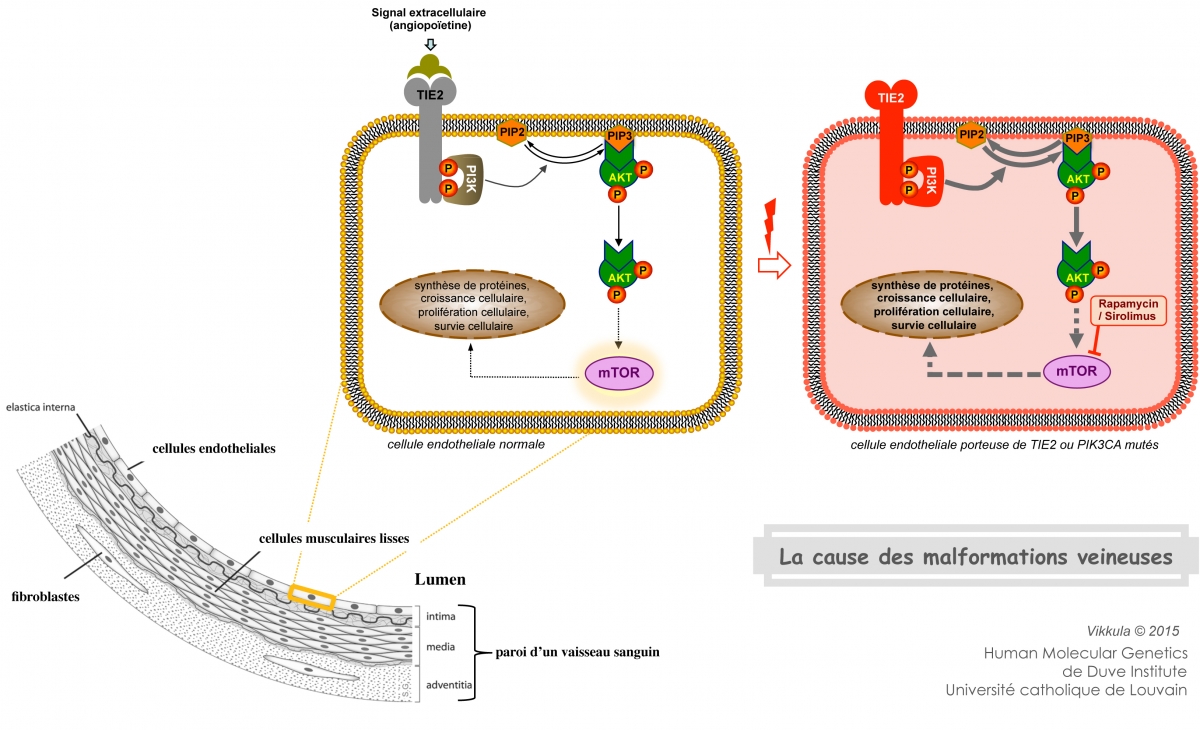 The TEK gene encodes the endothelial cell tyrosine kinase receptor TIE2, and the research led by Prof Nisha LIMAYE in Prof VIKKULA’s group demonstrated that the pathogenic effects of TIE2 are exerted primarily through the PI3K/AKT signaling pathway. Using highly sensitive targeted massively parallel sequencing and the Highlander software for variant filtering (developed by Dr R HELAERS in the group), the team, including Antonella MENDOLA, M.Sc., has now discovered that somatic mutations in PIK3CA, encoding the p110a catalytic subunit of PI3K, cause another 20% of VMs. These mutations activate the same signaling pathway as the TEK mutations. Thus, inhibitors of this pathway, such as rapamycin, which the groups showed earlier this year to be efficacious for a number of patients in a clinical pilot study, should be beneficial for the vast majority of patients (>80%), who have TIE2- or PIK3CA-mediated disease. Moreover, in collaboration with Dr Lauri EKLUND’s group (Centre of Excellence in Cell-Extracellular Matrix Research Oulu, Finland), the groups showed that a PI3K-inhibitor was even more potent in normalizing the cellular phenotypes caused by the identified mutations. This gives hope that in the future we will have even more efficient molecular therapies for patients affected by VMs. 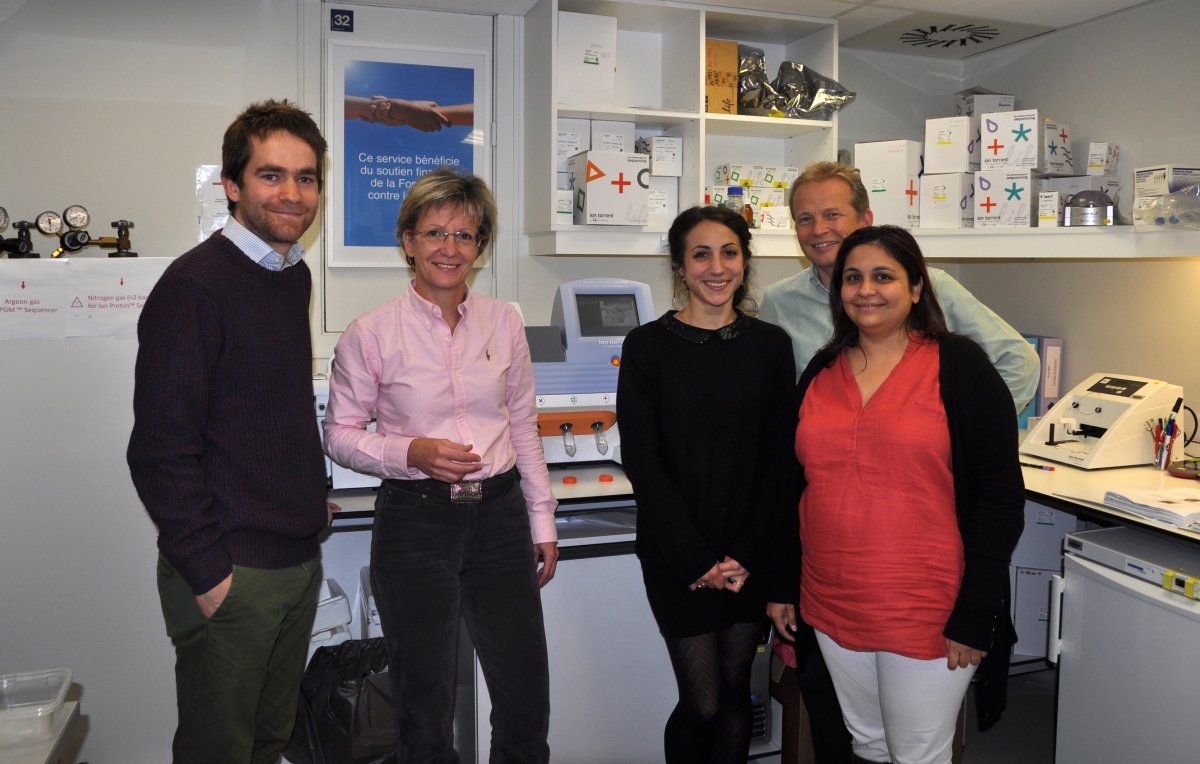