This triennial award, intended to support basic or applied research on cancer, was presented on Monday, May 7 to Anabelle Decottignies for her work on the mechanisms allowing cancer cells to divide indefinitely.

For the past 15 years, Dr. Anabelle Decottignies has been working on the telomere, this structure located at the end of the chromosome that plays a major role: to protect the chromosome and to allow cell division. Telomeres play an important role in cell aging but also in cancer. The Telomere Research Group at the de Duve Institute, led by Anabelle Decottignies, has recently set a goal: to better understand the maintenance mechanism of telomeres in cancer cells in order to identify new targets in the fight against cancer .

To understand their research, let's start by understanding how telomeres play their role in healthy cells. Telomeres act as a biological clock governing the life of our cells. The more our cells divide, the more our telomeres wear out and shorten. It is the natural aging of our cells that can cause, for example, a decrease in immunity. However, as long as these divisions are limited, they have a protective effect, especially against the development of cancers. After roughly fifty-eighty divisions, healthy cells can no longer divide and enter senescence.

Cancer cells have an eternal youth

Most cancer cells, during their process of oncogenesis (when they acquire mutations that make them oncogenic), acquire mutations that make them eternal. Through this process, the cells are able to divide indefinitely. This eternal youth is called replicative immortality. In other words, cancer cells escape the natural process of cell death. By evading this process and multiplying indefinitely, the cancer cells accumulate and form metastases or tumors.

In most cancer cells, the telomerase gene is reactivated to ensure replicative immortality. However, in 5 to 10% of cancers, it is a completely different mechanism that is put in place. This mechanism, called ALT (Alternative Lenghtening of Telomeres), is still not fully understood and, importantly, is not active in healthy cells. It was discovered in some cancer cells in 1995 by the Australian group of Prof. Roger Reddel. With this ALT mechanism, the cell escapes the erosion of telomeres and divides indefinitely. How? No longer via the reactivation of telomerase, but via homologous recombination events between telomeric DNA sequences, which involves genetic and epigenetic alterations. This very peculiar mechanism of replicative immortality is highly prevalent in certain tumors such as bone cancers (osteosarcomas), brain tumors (glioblastomas, notably pediatric), or neuroendocrine tumors.

The discovery of a particular target

If this ALT mechanism is still not fully understood, it is because, in healthy cells, barriers prevent it from occurring. Anabelle Decottignies' team therefore wondered what the nature of these barriers was and performed genetic screens with cells that follow this mechanism, comparing them with cells that reactivated telomerase. The team thus found a potential target (a gene) that would possibly allow to kill the cells that use the ALT mechanism, while completely sparing the healthy cells in our body. Its name? TSPYL5. With this target, anti-tumor treatment targeting ALT cancer cells and sparing healthy cells could be considered. So far, no one has found any molecular target specifically targeting this ALT mechanism that would spare healthy cells. Anabelle Decottignies and her team take thus a giant step in cancer research.

Thanks to the subsidy released via the Allard-Janssen Prize, and in collaboration with chemists and structural biologists, the team of Anabelle Decottignies will be able to continue its work and try to find the molecule able to specifically target the protein that is encoded by the TSPYL5 gene. The discovery of this molecule would allow to develop a targeted therapy in patients suffering from a cancer in which this alternative mechanism is triggered. For this future research, Anabelle Decottignies has some hopes: "One day I would like to treat cancers in children, while avoiding to cause the premature aging of their precious healthy cells. " 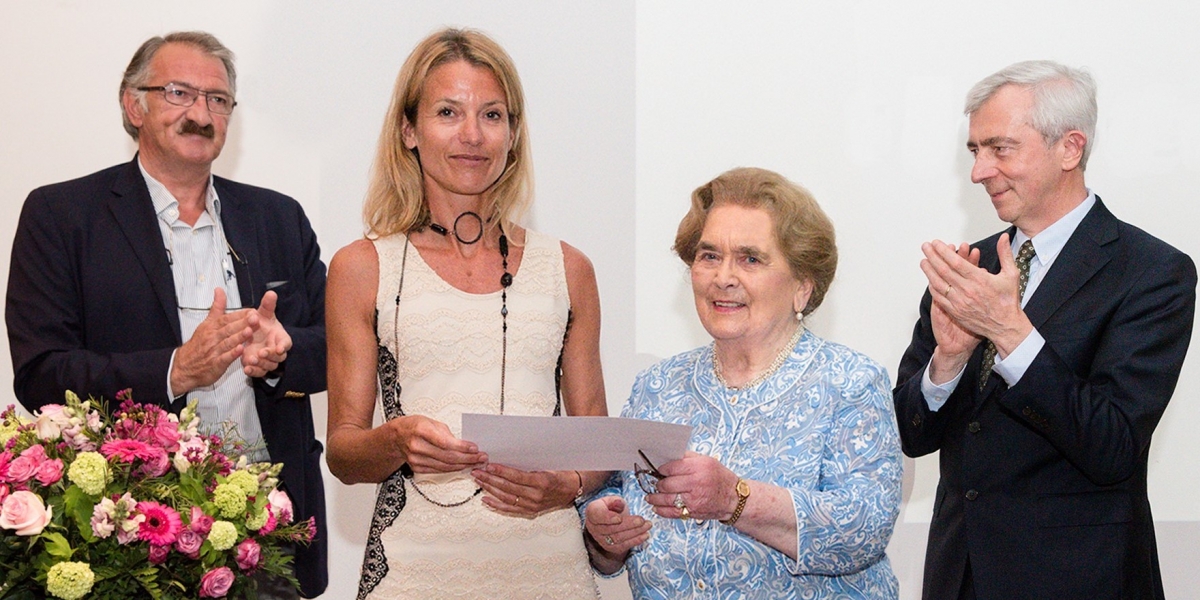