Genetic cause found for a severe form of lymphedema

Central Conducting Lymphatic Anomaly (CCLA) is a severe, rare disease in which lymph fluid accumulates in spaces around the lungs, the heart, as well as in the feet and legs. The lab of Miikka Vikkula, with collaborators in Australia, discovered the genetic cause of this disease in multiple patients and how it affects lymphatic development. The work will improve the genetic diagnosis of CCLA and may ultimately lead to the development of novel therapeutics able to combat this life-threatening disease.

Crucial role of a gene

Central conducting lymphatic anomaly (CCLA) is characterised by the dysfunction of core collecting lymphatic vessels, such as the thoracic duct, the largest lymphatic vessel of our body, which is located in the chest. Signs and symptoms typically present in children and teenagers, but the disorder can also result in fetal or perinatal death. Some cases have a known genetic cause, but for the majority this remains unknown.

The lab of Miikka Vikkula, in collaboration with researchers from the University of South Australia in Adelaide, investigated seven affected individuals from six independent families. They found that the patients had mutations in both alleles (maternal and paternal) of a gene called MDFIC. By generating a novel mouse model, they were able to reveal a crucial role for this gene in the development of lymphatic vessel valves. These valves act to ensure that lymph is returned efficiently to the bloodstream in a unidirectional manner. Dysfunctional valves lead to reflux of lymph and chyle (lymph containing fat droplets), and subsequently to accumulation and leakage.

The researchers also found out how the genetic mutations lead to CCLA, as they revealed the mechanism by which MDFIC controls collective cell migration, an important early event during the formation of lymphatic vessel valves. It is the first time that MDFIC variants are linked to human lymphatic disease and the crucial role for MDFIC in the lymphatic vasculature was hitherto unknown. The results are published in Science Translational Medicine. 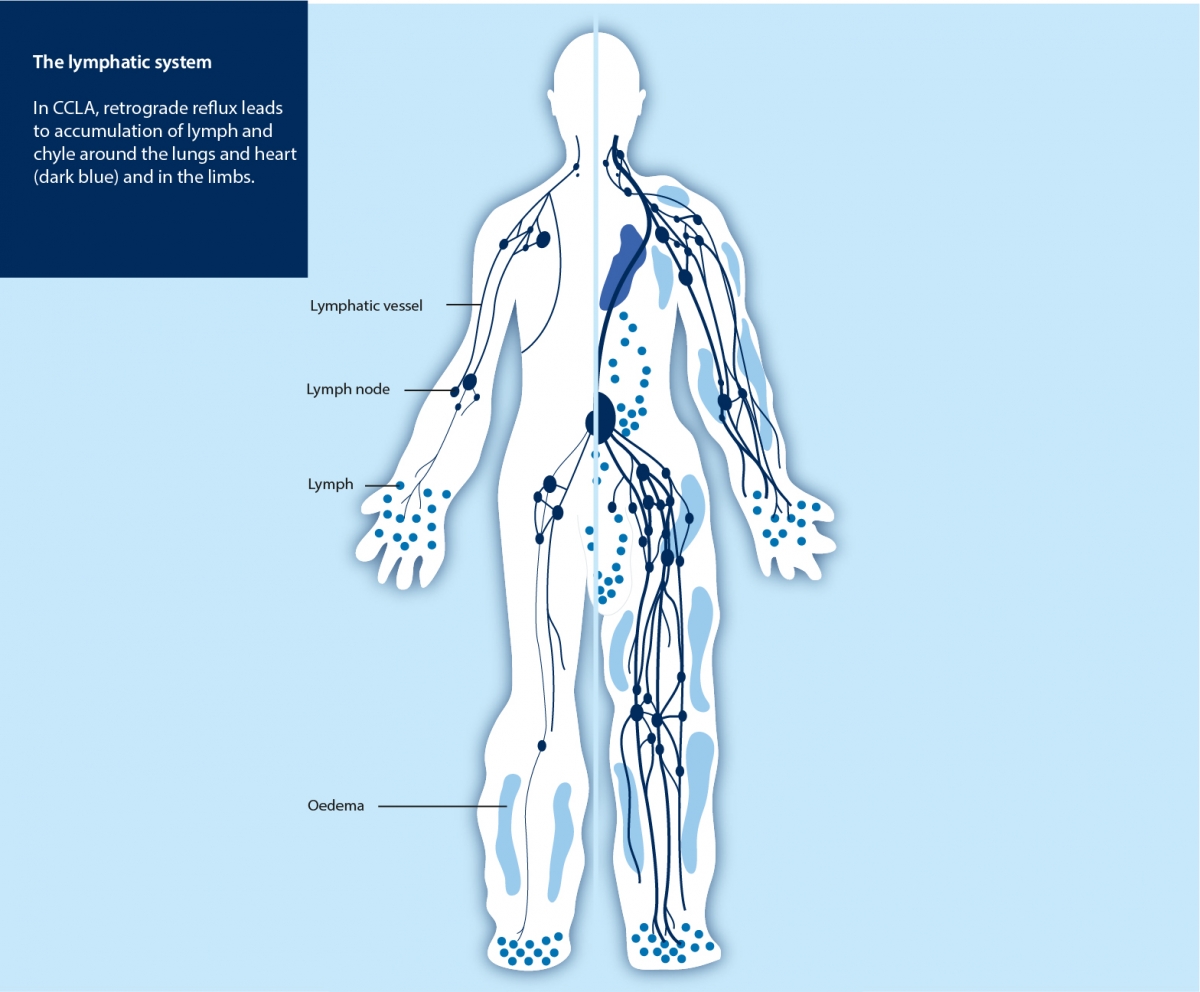 This research was supported by FNRS, Fonds Generet and WELBIO.

Genetic cause found for a severe form of lymphedema