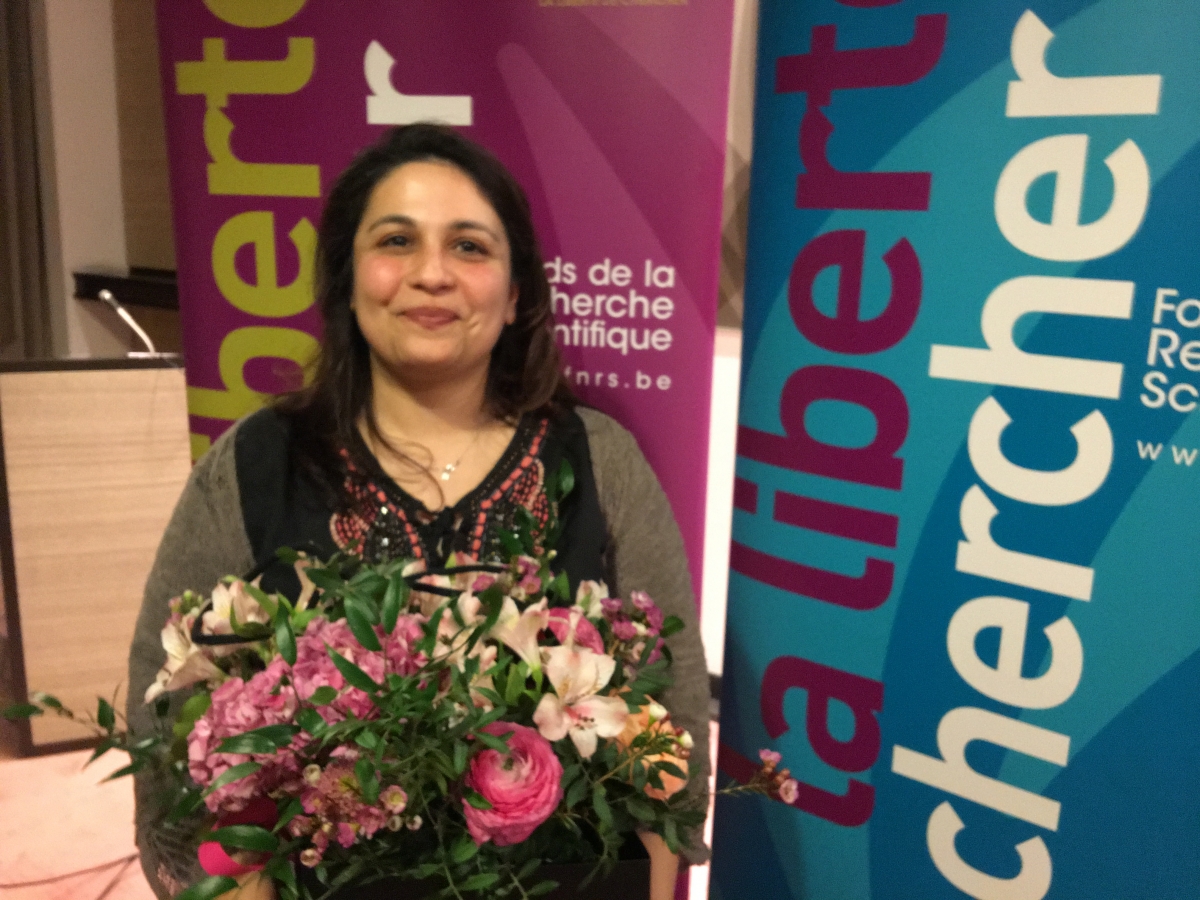 Nisha Limaye received on Wednesday, February 22 the Lambertine-Lacroix Prize from FNRS for her work on venous malformations.

The focus of our research is the genetic and molecular bases of a group of developmental defects of the vasculature, called vascular anomalies. By understanding exactly why and how these disorders come to be, not only do we hope to deliver improved (less invasive, more targeted) therapies to patients, we hope to gain fundamental insights into the development and function of the vascular system in health and disease. Our research led to the identification of the cause of the majority of venous malformations: mutations in the TEK (TIE2) and PIK3CA genes, which activate a key signaling pathway (PI3K-AKT-FOXO1) in endothelial cells, conferring them with the ability to form lesions. Inhibitors of this pathway are able to “normalize” disease-associated features of mutant endothelial cells. One of these inhibitors, rapamycin, currently used in cancer-therapy, controlled VM-growth in a mouse model, and improved symptoms in a pilot study of six severely affected patients. This provides support for the use of inhibitory small molecules in the treatment of developmental defects of the vasculature. Because there is significant overlap between the genes and pathways dysregulated in vascular anomalies and in cancers, the therapies developed and tested in one context are in addition of great potential interest in the other.