Would a significant investment in basic research enable the development
of broad-spectrum antiviral drugs, much as antibiotics?

Response from Thomas Michiels, full professor and researcher in molecular virology at the de Duve Institute, who insists on the importance of basic research and suggests a path to fight against infections by this group of viruses.

Antibiotics are to bacteria what antivirals are to viruses. Although their activity is increasingly thwarted by the emergence of resistance, there are many antibiotics to fight against the different families of bacteria that can infect us. For about sixty years, with the discovery of interferon, a natural defense of our cells against viruses, and of synthetic molecules like acyclovir, directed against Herpes viruses, many antivirals have been developed to overcome or limit the severity of infections caused by different classes of virus (DNA virus, single or double stranded RNA virus, retrovirus). However, unlike some antibiotics that can be directed against hundreds of different bacteria, it is difficult to design broad-spectrum antivirals that could protect us from emerging infections with new viruses.

The big difference between bacteria and viruses is that the former are autonomous living organisms and the latter are mainly made up of genetic information that parasites our cells. Viruses must indeed imperatively use the machinery of our cells to multiply and infect our organism. Consequently, they offer far fewer potential specific therapeutic targets. 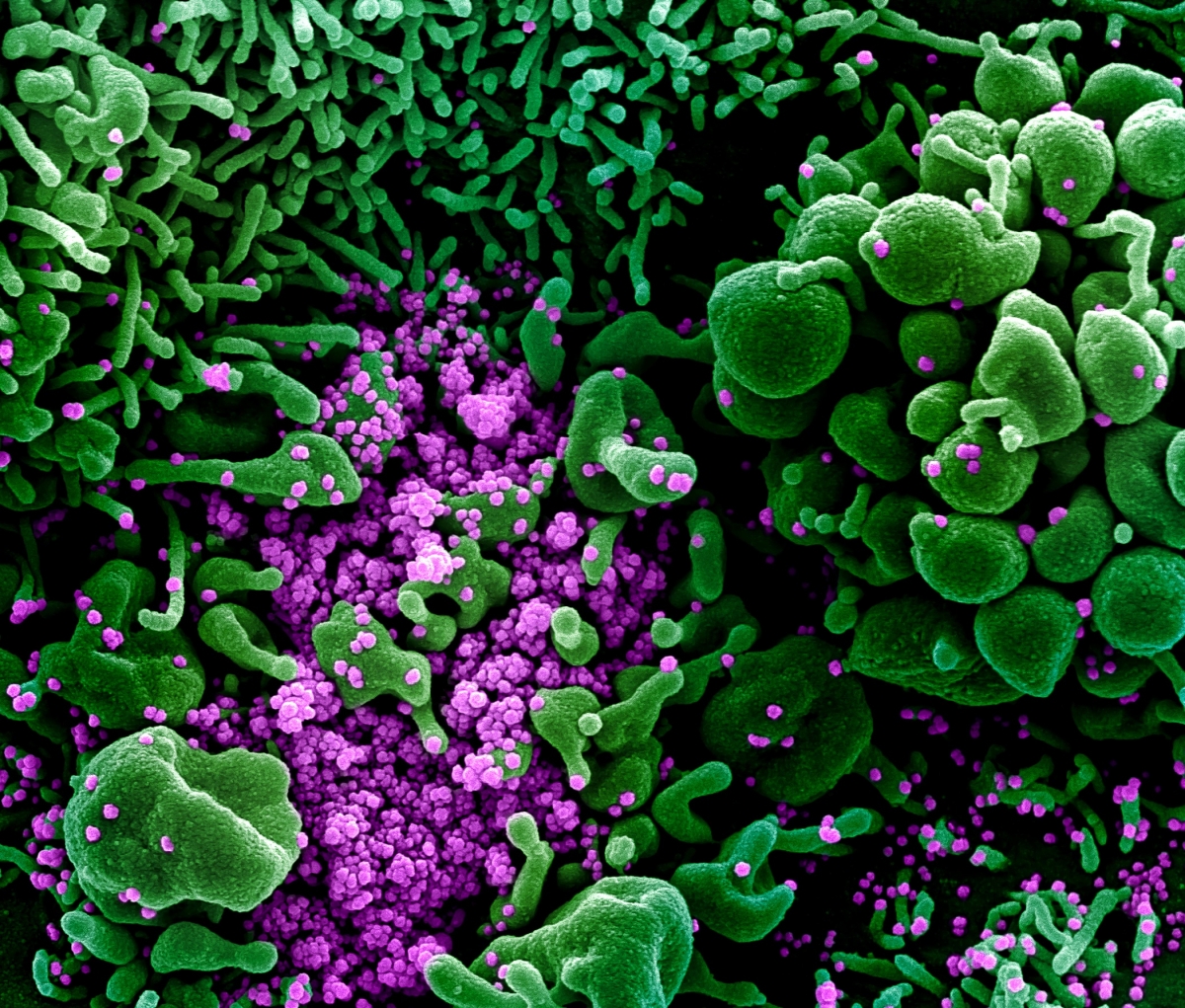 What are then the lines of research to develop broad-spectrum antivirals?

One of the ideas studied for a few years is to try to interfere with cellular mechanisms which would be critical for the multiplication of certain groups of virus. This strategy has the advantage of limiting the risk of the emergence of resistant viruses, but it harbors the risk of causing collateral damage by interfering with the functioning of healthy cells in our body.

Another approach is to target elements specific to viruses, which could be shared by several families of viruses. For example, RNA viruses, such as the SARS-CoV2 responsible for Covid-19, have the particularity of producing their own polymerase, which is the enzyme necessary to replicate their genetic material inside our cells. This viral polymerase, different from that of our cells, is therefore one of the targets aimed at by researchers to find antivirals with the widest spectrum possible against RNA viruses. These antivirals have the effect of providing false assembly parts for the production of virus RNA by viral polymerase. This is the mechanism on which is based ribavirin, which was used until recently against hepatitis C and was the first antiviral tested against SARS-CoV-2, but unfortunately with a weak effect in vitro. Other drugs based on the same principle are currently being tested, such as remdesivir and EIDD-2801, a more recently designed molecule active against several coronaviruses in vitro. However, each viral polymerase has its specificities, which means that a single molecule cannot be optimal for all RNA viruses, but knowelde of a basic principle makes it possible to accelerate the discovery of molecules more specific to a virus.

A promising new avenue of research

Our laboratory at the Duve Institute is on a promising track: the discovery of a highly conserved sequence on the polymerases of positive RNA viruses. This means that the same 'pattern' is present on all these polymerases and could therefore be a prime target for combating infections by this group of viruses. This discovery stems from fundamental research, which remains essential in understanding the mechanisms that govern our body, viruses and their interactions.

Another obstacle, the appearance of resistance

Finally, another obstacle in the quest for a broad-spectrum antiviral is the problem of the resistance of viruses and in particular RNA viruses, which mutate very easily. As a result, each time an antiviral is developed, resistance appears. Hence the interest in using simultaneously several antivirals that target different stages of the invasion of a virus in our cells, as is the case for the AIDS virus or more recently for the hepatitis C virus.

More details about this research in ScienceToday